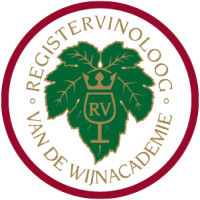 Job is the third Dutchman to become a Master of Wine, which is the highest qualification in the international wine trade. He graduated in 2005 with a degree in international business administration from Maastricht University, but wine has always been a major interest in his life. Job studied at the Dutch Wine Academy and did an internship at the Faculty of Viticulture and Oenology of UC Davis. He also worked as a cellar hand at Château Giscours and De Toren. In 2010, he earned his WSET Diploma and became Weinakademiker in 2011.

Currently, Job works as a wine buyer and marketer for Les Généreux - an association of 38 independent fine wine shops. He is also co-founder of Grape Compass, an online decision support system that forecasts fungal disease pressures in vineyards. Job teaches, supervises wine tastings and writes for professionals and enthusiasts.